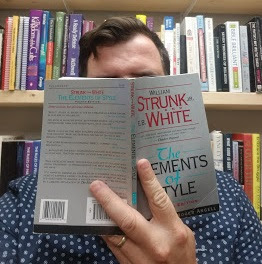 The problem with the parables is that we never know if they happened or not.

Writing things that could happen more than those that could happen at all. Fantasy is great and being realistic about what your magic system and dragons can do is important as an author. But I think there is a different kind of realism that writes a story that not only could have happened but did happen in its concepts if not its plot.

It's when the reality is suspended that we as writers get the strongest temptation to forget that God rules overall. Every square inch of the map, even ones that are drafted in fantasy and imagination. And the best way to avoid that is to write as if God is as present in Alagasia and Westeros as the dragons and their riders.

Writing fiction in God's world is like the parables we get told by Jesus. They become true enough to believe but also firmly enough in the reality of fiction to warrant exploring. Because a history of the halls of any given high school while graphic would be boring in aggregate, but a fiction based on those halls, focusing on one story and the God who reigns over it. That's where the real adventure and drama can unfold.